Nestlé S.A. is a Swiss multinational food and beverage processing conglomerate firm with its headquarters in Vevey, Vaud, Switzerland. In terms of revenue and other things, the company has been the world’s largest food company since 2014.

A few of the products made by Nestle are infant and medical food (bottled water), breakfast cereal (including coffee and tea), confectionery (such as chocolate), dairy products (ice cream, frozen food, pet food), and snacks.

A Background of Nestle Ghana LTD

After establishing a presence in Ghana in 1957 under the trade name Nestlé Goods (Gh) Limited, the company expanded its operations to include the importation of Nestlé products such as milk and chocolate. Nestlé Food Specialties (Gh) Limited was established in 1968 with the goal of manufacturing and marketing well-known Nestlé trademarks in the local market. Nestlé Ghana Limited was established in 1987 as a subsidiary of Nestlé Ghana Limited.

The Tema Factory began producing Ideal Milk and MILO in 1971. Since then, the plant has been expanded to include the production of CARNATION milk, CHOCOLIM, CHOCOMILO CEREVITA, CERELAC, and NESCAFÉ 3 in 1, among other products. These items are not only manufactured for the Ghanaian market, but they are also exported across West Africa.

Nestlé Ghana Ltd invested in a new warehouse, the Central Distribution Center, which is conveniently located near to the factory in Tema, Ghana, in 2003. The company also has sales offices and warehouses in Kumasi, Takoradi, Koforidua, and Tamale, in addition to its headquarters in Accra, Ghana, which is where the company is based.

More than 130 billion cedis were put into the company’s manufacturing and distribution facilities in 2004 and 2005. Most of the money was spent on improving the production of cocoa-based drinks.

Other brands and products that Nestlé Ghana imports and distributes are:

Seasoning Powders such as NKRAKRA PA 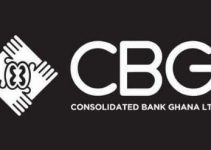 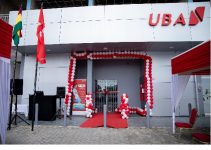