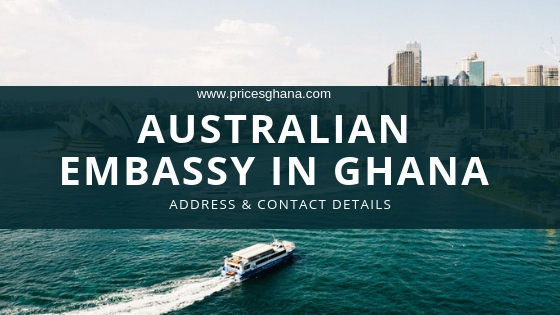 We all know the country by the name Australia but the official name is The Commonwealth of Australia. This is because the country covers the mainland of the Australian continent as well as several other surrounding islands. In size, Australia is the sixth largest country in the world and the largest in the whole of Oceania.

The capital of Australia is Canberra even though its most popular city is Sydney because of its size. Other top cities in Australia include Adelaide, Melbourne, Perth, and Brisbane. The country has a highly urbanized population.

When you consider all of this information, you can tell that people will be interested in traveling to Australia a lot. If you are one of them in Ghana, then here’s some key information about the Australian embassy in Ghana.

As stated earlier, Australia used to be a British colony and thus is part of the Commonwealth of Nations. Countries with this status have High Commissions that oversee their embassies in certain regions. What Australia has in Ghana is a High Commission,not an embassy. The High Commission is responsible for diplomatic relations with several countries close to Ghana. The countries include Senegal, Togo, Cote d’Ivoire, Liberia, Burkina Faso, Guinea, and Mali.

The High Commission is headed by the High Commissioner and it has several responsibilities it carries out on behalf of the home government. Firstly, it works with governments of the countries mentioned above to establish partnerships in issues of common interest. Some of the issues of common interest include peace and security, trade and investment, economic development, and promoting human rights.

The High Commission also handles issues relating to visa and travel from all the countries above to Australia. Overall, it ensures that cordial bilateral relations are maintained and interests are achieved easily.