Ecobank is the leading independent PAN African bank on the African continent. In case you are wondering why it is referred to as a PAN African bank, Ecobank has branches in 34 African countries. Ecobank headquarters is situated in Lome, Togo. Over the years, Ecobank has been able to steadily grow its influence on the West and Central African nations.

ECOBANK Branches In Ghana And Contacts

Ecobank Ghana was incorporated on 9th of January, 1989 and was officially opened for business in 1990. Ecobank is a Private Liability Company (PLC), which allows the bank under the companies’ code to engage in the business of banking. Ecobank Ghana has grown over the last decade to become one to the top ranking trademarks in the banking industry within the country. Ecobank Ghana as of 2016 had an asset of over GhC8.06 billion. The county headquarters is situated in Accra, the country’s capital.

In December 2011, Bank of Ghana (Central Bank of Ghana) gave the approval for Ecobank Ghana to acquire 100% interest in “The Trust Bank (TTB).”  The Trust Bank (TTB) is another licensed bank. As at the time of purchase, the total asset of TTB was estimated to be US$119 million (GHC220 million ). Ecobank bank Ghana is a true success story. The bank has been able to set up several branches, both in the rural and urban areas. The purpose of this article is to provide you with information about the different Ecobank branches in Ghana to make it easy to locate the one closest to you.

Branches of Ecobank in Ghana

Accra is the Federal Capital of the country. This beautiful city is the financial hub of the country.  As expected, Ecobank has its highest number of branches in Accra, with a total of 18 branches.

On every normal day, Ecobank begins operation at 8:30 am and close at 4:00 pm. Ecobank branches work all day except on weekends and holidays. Every branch in Accra also provides a 24/7 ATM service.

Kumasi is the second-largest city after Accra in terms of the metropolitan area in Ghana. Kumasi acts as home to a lot of Ghanaians who are into business. This quality makes the city a center for business. Kumasi also has lots of hotels, businesses, and banks.

Below is the list of Ecobank branches in Kumasi:

Senkondi-Takoradi is a big town and a twin city. This city as a lot of citizens who bank with Ecobank. Senkondi-Takoradi plays a huge role in servicing the overall Ghanaian economy. This city also has several institutions and industries, thus making it a good location for banks. Ecobank also has branches in this city. Some of these include:

The Ecobank Ghana Limited country headquarters is located in the country’s capital, Accra. It is set on No. 2 Morocco Road, Accra.  The Ecobank headquarters in Ghana plays a vital role in ensuring the other bank branches operate at the highest standards obtainable.

For inquiries on Ecobank Ghana Limited, you can:

See Branches of Other Banks in Ghana 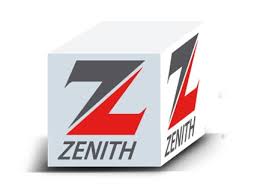