Home
Lifestyle
Freemason in Ghana: All You Need to Know

The oldest fraternity in the world is the Freemason, it is also the most popular and the largest too. Members of this fraternity express deep brotherhood towards one another which makes their relationship enviable to many other fraternities in the world. Ghanaians are not left out of this interesting group of people.

Freemason in Ghana: All You Need to Know

If you are in Ghana and you want to know about Freemason in Ghana, you have just picked out the right post. We shall be discussing intricate details about the brotherhood in Ghana and all that it entails. Let’s get to the details.

History of Freemason in Ghana

The Brotherhood has been established in Ghana since the nineteenth century. This was when the premier Masonic Lodge was consecrated in Ghana. Globally, the fraternity has over six million members with members forming a large percentage of the membership in Africa.

It is expected that the members in Ghana believe in a Supreme Being or Creator. You can be a member, despite your social status or ethnicity. These are the oldest grand lodges in the world and the years they were consecrated:

You can become a member of the Freemasons in two ways. The first is by invitation from an existing member while the second is by free-will. The mode of entry is usually dependent on the geographical region.

The inspiration behind freemasonry can be traced to 4,000 years ago, the period when the Solomonic Temple of the biblical reference existed. This was the Middle Ages when the craft of stonemasonry thrived.

There are several references to the craft of Freemasonry in several religious books including the Bible, Quran, Vedas, and Torah. Also, the Masonic books, and the old lodge charters and manuscripts which date back to 1390 bear reference of the art of this fraternity.

Some of the principles guiding the friendships and fellowships include:

The internal matters of the Freemasonry in Ghana are kept private even though most of their principles have been made public. Political discussions are also not allowed at their meetings.

The first Freemason lodge in Ghana was consecrated in 1810 and it is known as Torridzonian Lodge No. 621. The second lodge, Cape Coast Lodge N0. 599, was constituted not too long after, in 1833. Both lodges became defunct in 1863.

The Gold Coast Lodge No. 1075 was instituted by the United Grand Lodge of England in 1859. The number of the lodge was later changed to No. 773 and it has remained active since then. Many other lodges were consecrated with the turn of the nineteenth century by the English Constitution of the UGLE.

Some of them include:

Several other lodges have been consecrated after these under several other constitutions.

The Grand Lodge of Ghana

After a series of deliberations, contributions, and several other events, the Grand Lodge of Ghana was established on January 24, 2009. Charles William Stanley–Pierre became the first Grand Master and five years later, Otwasuom Osae Nyampong VI succeeded him as Grand Master.

The Grand Lodge of Ghana has the motto, “That All Shall Be One.”

Chapters of Freemasonry in Ghana

These are the Masonic chapters located in Ghana

These are the established lodges in the different cities in Ghana. 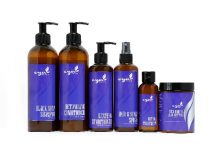 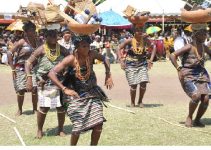 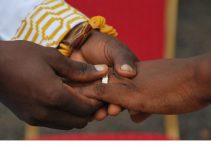