The Ghanaian Army is the pride of the Nation. Keeping Ghanaian safe from external attack has been the top priority and primary responsibility of the Ghanaian Army.  What comes to your mind when you see a soldier?  You see strength, power, skills, and integrity. You then ask yourself another question, how much do are these gallant soldiers paid monthly? Well, your questions will be answered in this article but first, let take a brief look at the history of the Ghanaian Army.

A brief history of the Ghana Army

Every military body in the world operates under a chain of command. The Ghana Army Rank Structure is divided into two categories.

The Ghana Army Ranks for Officers

There are officially 10 ranks for officers in the Ghanaian Army. The General is the highest-ranking officer in the Ghana Army. While the Second Lieutenant is the lowest-ranked officer. The list below is the list of the Ghana Army Officers Rank in descending order:

The Ghanaian Army is being controlled and regulated by the Ministry of Defense and Central Defense Headquarters as mentioned earlier. These offices are also responsible for the Ghana Army salary Structure.

Disclaimer: The Ghanaian Army did not disclose the salary to the general public. But with information reaching us from a reliable source, the least ranking officer of the Ghana Army earns about GHC1000 monthly. This does not include bonuses and allowance.

Every Ghanaian Soldier is entitled to allowances and bonuses. The higher the rank, the higher the bonus taken home.

In case you are interested in joining the Ghana Army. Below is the list of qualifications and requirements.

I hope this information has been helpful to you, and all your questions regarding the Ghana Armed Forces Rank and Salary Structure have been answered.

See details of Other Military and Paramilitary services in Ghana 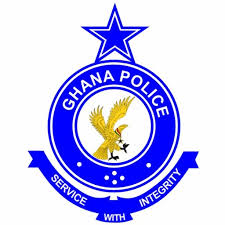 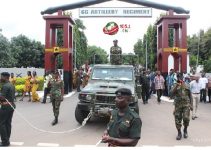