About the Ghanian Prison Service

The Ghana Prisons Service is responsible for the safe care of inmates in Ghana, as well as for their welfare, reformation, and rehabilitation once they have been released from jail. It is monitored by the Ministry of the Interior.

What are the duties of the Ghana Prisons Service?

It is the responsibility of the Ghana Prisons Service to carry out three primary functions or duties. These are:

A description of the various prison officer ranks and their responsibilities

Officers in the Ghana Prison Service are classified according to their rank, which ranges from senior officers to junior officers.

The Ghana Prisons Service hierarchy is comprised of the ranks, which also serve to identify the many functions and responsibilities that each officer is responsible for.

Superior Officers in the Ghana Prison Service are officers with higher levels of authority.

The following rankings are presented in descending order.

The Director-General of Prisons is the chief executive officer of the Ghana Prison Service, and he is responsible for ensuring that the decisions of the Prison Council are carried out.

This job is in charge of the overall operation and administration of the correctional services organization (prisons service).

If a station makes a request, the Deputy Director-General is responsible for analyzing and recommending action.

They also examine and make recommendations on how to respond to a station’s request.

The Deputy Director is in charge of the jail department in a specific region to which they have been assigned, and they have the authority to conduct measures in accordance with the orders of the Director-General of the prison.

This position is in charge of all administrative matters within the region under his or her supervision.

He or she ensures that the care and welfare of inmates is carried out in accordance with the rules and regulations and that convicts are properly trained for reintegration into society.

Immediately behind the Assistant Director of Prisons, the Chief Superintendent of Prisons serves as the second in command.

He or she is in charge of the general organization and management of the activities that take place within the prison walls.

maintaining and ensuring that the facilities are used and maintained properly furthermore, ensuring that inmates’ rights and well-being are not violated. In addition, he is in charge of managing rehabilitation services.

At headquarters or central prison, he or she serves as unit head or second in command and is the person in control when the Chief Superintendent of Prisons is not present.

A Deputy Superintendent of Prisons is a person who works in the prison system.

His or her responsibilities include issuing authorization for convicts to be escorted both within and outside the jail. In addition, he is in charge of the recruitment and release of inmates, as well as the overall security of the prison facility.

This is the initial rank that a person is appointed to after being commissioned. The Assistant Superintendent of Prisons is in charge of a lot of different things, like supervising prison staff, training inmates, and more.

When a person is being trained as a prison officer at the Prison Officers Training School, they are given this starting rank.

Other positions in the Ghana Prisons Service are as follows:

How much is Ghana Prisons’ salary?

The Ghana Jail Service pays its prison personnel according to their position within the organization. The amount of money you get paid is determined by your position.

In addition, the degree of education you have might influence your compensation. For example, a graduate recruit in the Ghana Prisons Service will earn more than an SSCE holder.

The minimum wage for the lowest rank in the Ghana Prisons Service is GHS710 per month, while the maximum income is GHS13,000 per month.

The highest-ranking employee gets around GHS 3,520 per month. Every month, a normal jail guard makes around GHS2,270.

What is the highest rank in the Ghana Prisons Service? 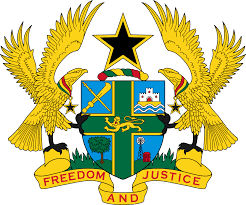 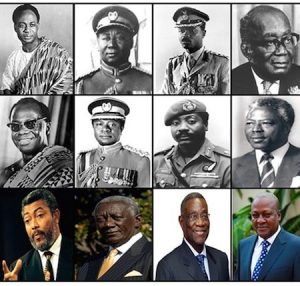