What is a salary structure?

A salary structure is also known as a pay scale. It is a system used by employers to figure out the compensation of their employees. Usually, this structure takes several factors into consideration. Some of these factors include the length of employment, merit, experience, etc.

If you live or work in Ghana, you must have heard about the Single Spine Salary Structure (SSSS). The structure was adopted in 2010 for public service workers replacing the Ghana Universal Salary Structure.

This system was adopted to knock off the old system and make payment of salaries more efficient. One of the factors that affect the growth and development of a country is employment. It is, however, more important to sustain employee growth through commensurate rewards.

In some cases, when employees attain specific milestones, the reward is an increase in salary earned. Regarding this, a satisfied worker is an individual that has received adequate payment for services provided.

Are you trying to understand the relationship between this and the SSSS? This is it, the new salary structure was adopted because workers complained of dissatisfaction. Having dissatisfied workers constituted a huge problem for the Ghanaian government.

As a result of this, many workers in the country relocated to many other countries. They felt it was better to work in other countries than face the continual decline in payment of wages in Ghana.

The new structure is bases payments on worker’s qualifications, the tasks performed, and experience. There is a twist that differentiates the Single Spine Salary Structure adopted in Ghana from the norm.

Normally, all workers placed in the same pay grade are paid at the same rates across sectors. In Ghana, it is slightly different as different sectors of the public service have their own pay grades.

Why the Single Spine Salary Structure was adopted

We have stated a little about this in the previous section but let’s expand it a little so you can understand. Under the old salary structure, there was a lot of disparity in the payment of workers. This caused a lot of unrest in the public sector since workers were dissatisfied.

The idea behind adopting the SSSS was to harmonize the salaries so that workers on a certain level know how much they earn. This way, the workers do not feel cheated out of the remuneration and entitlements.

It pushed to increase the take-home of mid-range earners who had just about the same qualification with high earners. Those who were already earning high were then kept on that earning level until they were promoted.

A breakdown of the structure

As we stated earlier, the Ghanaian version of the Single Spine Salary Structure is quite different from the norm. Under this version, each sector under the public service determines how much pay is allocated to each pay grade.

However, the government came up with a design to create harmony across all sectors. The basis for this design is the 25-Level Grade Structure which was initially designed for the Ghanaian Public Service.

The expectation is that the 25-Level structure will determine how the new policy will be implemented. It also implies that the Single Spine Salary Structure will be reviewed by the government from time to time.

Currently, the Single Spine Salary Structure for each sector has not been made public. However, to get more information about this, you need to visit each of the sectors.

In this post, we have provided you information about the current salary structure in Ghana. We have also explained why it was adopted and a bit of what to expect. We hope this post has provided you the information you need.

See more on Salary in Ghana. 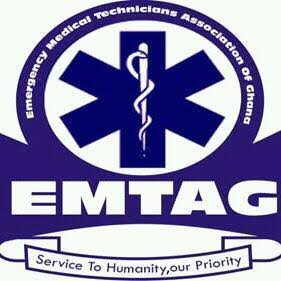