Life is hierarchical, God out of His supremacy created it that way. The list of paramount chiefs in Ghana that I am about to outline will reveal the unknown facts to you. The facts are that there are bound to be leaders, sub-leaders and followers to which those leaders are accountable.

Below are is the list of paramount chiefs in Ghana with their title and roles;

Who is a Paramount Chief in Ghana?

The chieftaincy institution in Ghana is charged with the responsibility to structure and regulate the activity and practices of local chieftains (or monarchs) in Ghanaian society.

Succinctly, a paramount chief in Ghana is a traditional leader, who is in charge of directing the affairs of people, which can range from a grouping of towns and villages to a sub-ethnic group. Furthermore, he is always the chief of the central capital of a traditional area and by his nobility is the chairman of the traditional council of his area.

History of the paramount chief system in Ghana

Apparently, the time has its way of changing phases and situations. During the pre-colonial realm, leadership was the mantle of executive, legislative and judicial powers. Since the colonial era, the system has been swapped to Ghanaian politics. Several governments – the colonial, civilian, and military – have attempted in various ways to drift off or influence the role of chiefs in political affairs.

However, the chiefs are divided by the act of leadership into 5 categories and in terms of their authority. These categories include;

These minor chiefs do not fall within any of the preceding categories as they are recognized by the Regional House of Chiefs.

This literally includes the monarchs, who ruled with sovereignty before colonization. They  can be divided into:

This represents the leader of a whole ethnic group, though referred to only as a “king”, but acting as “king of kings”. It consists of a “Chief Paramount Chief” who has a  lordship over all other chiefs of his ethnic group. One typical example is the Ashanti Kingdom of the Akan people,  led by the chief of Kumasi. Another example is the Ewe Fiaga, chief of all Ewe and based in Notsie, in turn, located in the Republic of Togo.

This is a paramount chief who leads a particular traditional area, that ranges from a grouping of towns and villages to a sub-ethnic group. He is always the chief of the capital of a traditional area conferred with the power to oversee the affairs of the traditional council of his area. Furthermore, his presence is of utmost importance when a subordinate prince is installed.

This title is termed the ” division chief “who represents the base ruler of the system. Many factors are responsible for determining the likelihood to become the supreme chief (king or emperor). Such factors are; size, relevance, and his community’s antiquity.

The striking difference between the nobility and traditional royalty is the royalty’s thrones. Just as there is a disparity in royal titles and varies from ethnicity to ethnicity, so too are those of nobles, but based on the Western European standard of comparison we have; Duke/development chief, Head of clan and Lord.

Conclusively, the list of paramount chiefs in Ghana is an important historic part of Ghana. It represents the primacy titles from each region.

Paramount chieftaincy serves as a traditional system of local government and a significant pillar of governance in Ghana. However, the roles f  paramount chiefs in Ghana include the following among others – Upholding their community safety and resolving disputes. 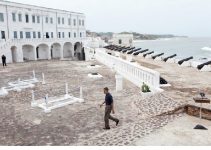