The Top 10 Richest Companies in Ghana make for some of the richest companies in Africa and employ a significant part of the Ghanaian labour force. These companies cut across several sectors in Ghana such as banking, agriculture, oil & gas, food and beverages, telecommunications, etc.

In this article, we are going to review the Top 10 richest companies in Ghana based on their revenue.

GOIL is one of the leading oil and gas companies and one of the largest companies in Ghana by revenue. GOIL was established in 1960 as AGIP Ghana Company Limited with the aim of marketing and distributing petroleum products and related products.

As at the time of its incorporation, GOIL was involved in the sale of oil and gas products like fuels, lubricants, liquefied petroleum gas (LPG), and bitumen. Today, the company is mainly involved in the sale and distribution of diesel and gasoline which are its top revenue sources.

MTN Ghana is the leading network provider in Ghana and one of the largest telecommunications companies in Africa. The company started off in 1994 when the first call was made in South Africa. Today, it sits comfortably as the market leader in the telecommunications industry in Ghana.

As you would expect, MTN Ghana offers one of the most affordable and reliable data plans which has made them a favorite among Ghanaians. This has also boosted their revenue making them one of the largest companies by revenue in Ghana.

Like many other large multi-national companies, MTN Ghana has contributed tremendously to the growth of Ghana’s economy.

Total is an oil & gas company with a presence in over 130 countries and it has been considered as one of the six major oil companies in the world. The company deals in everything related to oil and gas, from oil and natural gas exploration and production to petroleum product marketing, transportation, refining, power generation, and international crude oil and product trading.

Total Petroleum Ghana Limited (TPGL) is the subsidiary of Total in Ghana. The company began its operation in the country 60 years ago, initially as Total Oil Products. During its climb to become one of the largest oil companies in Ghana, it went through several mergers, acquisitions, and name changes.

Today, the company boasts of over 251 service stations in Ghana which provides it with billions of Ghanaian cedis in revenue.

Ecobank Ghana Limited is the subsidiary of the Ecobank Group in Ghana – a Pan African bank with business coverage in more than 30 African countries.

The company has grown in large proportions since it began business in Ghana. In 2011, Ecobank Ghana acquired Trust Bank (ITB) which expanded its business operations making it one of the largest Ghanaian banks in terms of assets.

Over the years, the financial institution has reported huge gains in its business operations making it one of the richest companies in Ghana and one of the best companies to work for.

Ghana Commercial Bank (GCB) Limited is one of the major financial institutions in Ghana’s banking sector. It is one of the oldest banks in the countries starting off as the Bank of the Gold Cost. Today, the company is partly owned by the Ghanaian government with several private shareholders holding shares of the company.

Presently, GCB Limited is one of the largest banks by assets, revenue, and branches.

Newmont is one of the world-leading gold companies and it is also a large-scale producer of metals like silver, copper, lead, and zinc. In Ghana, it operates as Newmont Ghana Gold Limited and it is responsible for a significant portion of the gold mined in the country.

Gold Fields Ghana Limited is another major player in Ghana’s mining industry. The company began its operations in the country in 1993. Its main company, Gold Fields has a presence in many countries in other continents like South America and Australia.

Over the years, the company has reported huge profits from proceeds in the Ghana mining industry making it one of the largest companies according to revenue.

Kosmos is an oil and gas exploration and production company with a presence in several countries in Africa and North America.

The company has seen tremendous success at Jubilee Field in Ghana since its discovery in 2007. Today, the company boasts of a 24.08% participating interest in the area which has lead to an upsurge of revenue making it one of the richest companies in Ghana.

Tullow Ghana Limited is one of the leading oil companies in Africa with a presence in over 15 countries in West Africa and East Africa. The company began its operations in Ghana in 2007 when it drilled two successful exploration wells in the major Jubilee oil field in the Gulf of Guinea’s Tano Basin.

Today, the company is Jubilee Field Operator with a participating interest of 35.48%. In 2013, the company made another major discovery in the TEN filed and it commenced its second major deepwater development.

The company fully began its operations in Ghana in 1992 with a merger of Lever Brothers Ghana Limited and UAC Ghana Limited. Unilever Ghana is listed on the Ghana Stock Exchange as GSE: UNIL. 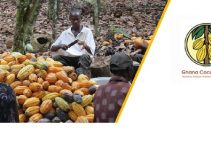 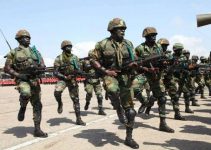