When it comes to driving technology and goods all over the world, including Ghana, TCL takes great satisfaction in innovation as a critical instrument to achieve success. Since its establishment in Ghana five years ago, TCL has built a network of showrooms throughout the nation, including all of the country’s key cities, in addition to leading electronic retail locations.

Opposite the Forsmuel Shopping Centre.

Opposite the main lorry station, Ho 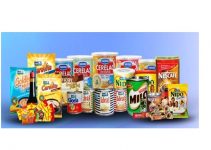